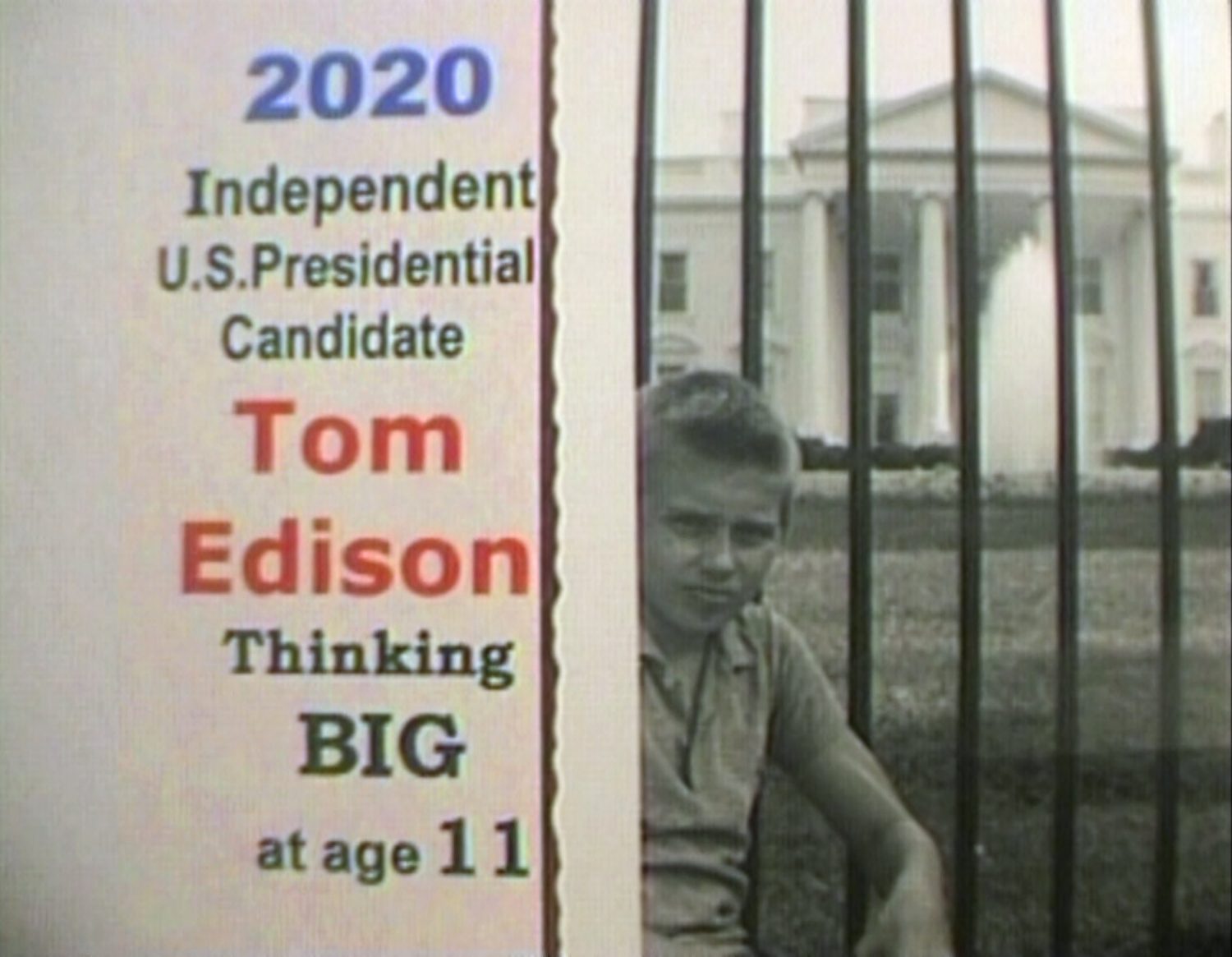 The SOLUTION/method by which the CORONA virus can be “instantly Killed” is ALREADY KNOWN.

It is a “Tesla” type vibrational device similar to a tuning fork.

After being contacted by President Trump or State Governors or concerned individuals with adequate funding, I will personally oversee that these Advanced-Science healing tools are available to the general public within 3 weeks.

I, Tom Edison, am the Most

Qualified individual to be the

NEXT U.S. President because

only I have a specific detailed

game plan to solve all of the

JOB CREATION: I possess the

knowledge of how to deploy

manual labor to be More Cost-

effective than big machinery in

systems that can be built and

EDUCATION: I know what is

wrong with the public and

private systems, and I have

detailed plans in regard to fixing

them. College students should

be allowed to act as co-teachers

while still in school. They should

also be put in charge of other

via “ingenuity.” I’ll provide the

I am a Cost-efficiency Expert

and will personally get involved

in trimming down the budget of

the federal government as well

as personally solving all the V.A.

eventually be replaced by

RACIAL SOLUTIONS: I Have the

Formula to solve all racial issues.

IMMIGRATION: I Have the

Formula to solve all immigration

is the key to establishing and

be achieved with Manual Labor

projects. I have invented a

detailed plan of how to do this.

I will order Our Armed Forces to

close down all ongoing

programs and actions that are

Poisoning Planet EARTH and our